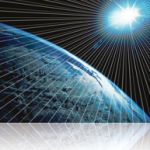 On February 24 of 1987, the Supernova explosion of the blue supergiant star named Sanduleak, approximately 25 times as big as our sun, was detected by a physicist in residence at Las Campanas Observatory, located in the foothills of the Chilean Andes.

In the same month of that year, an international scientific observation consortium detected a spectacularly large release of the mysterious energy field known as neutrinos: an ocean of quantum-fine star particulate showering onto planet Earth, penetrating everything it touched.

The almost unimaginable amount of information was coming from the radiant star body known as Supernova 1987A. This astronomical event remains the closest observable supernova explosion since the invention of the telescope.

The neutrino luminosity of 1987A’s explosion was as brilliant as the visible-light luminosity of the entire known universe. Normally, three trillion of these tiny invisible particles flow onto earth every second. At that instant, it is estimated the quantity per second increased to nine trillion.

This event was also very exciting in the way that it relates directly to a very different yet closely related occurrence that had taken place on the small Mediterranean island of Ibiza.

The Birth of Human Design

On January 3 of that same year, a man named Ra Uru Hu received a detailed revelation that became the Human Design System.

Mechanically and scientifically based, one of the cornerstones of the revelation is the existence of trillions of particles that make up the neutrino ocean. The neutrinos flow toward us from the sun and other stars and planets.

When supernova 1987A exploded, the enormous neutrino release was accidentally observed by scientists at an underground Neutrino Detector built by an international science consortium in Japan to observe protons.

And this unexpected empirical opportunity finally produced an indication that the particle might have mass.

The Human Design System stated that the neutrino have mass, but still moved close to the speed of light, and that therefore was the equivalent of chi or prana, the vast stellar information feed that influences us and nourishes us all the time. However, the system remained “just” a Revelation.

On June 5, 1998 the first strong actual scientific evidence came that neutrinos actually have mass. The result was announced at the Neutrino ‘98 Conference in Takayama, Japan.

And in this manner the revelation that had come a month before 1987A exploded was documented. Neutrinos could indeed carry information from one location to another close to the speed of light while being so minuscule that they can pass through solid matter.

As  Human Design  revealed and science is now proving, neutrinos imprint us instantly with the information of the last body of matter they have been in contact precisely because they travel at almost the speed of light. Therefore, if a neutrino passes through the planet Neptune and the next body of matter it hits is you as you are born, the neutrino leaves the frequency of Neptune in that millisecond in your body.

Most neutrinos are produced by stars, but 70% of the neutrinos that pass through us come from our Sun. The very high proportion of neutrinos in the energy that makes up our universe means that we live in a universe that is actually in large part vast stellar information feed containing comparatively little physical matter.

In 2002 Raymond Davis Jr. and Masatoshi Koshiba won the Nobel Prize in Physics for their work in the detection of cosmic neutrinos crystals.

More and more students continue to meet the wisdom knowledge of Human Design originally brought to them by a man who hypothesized that neutrinos had mass right before the evidence of their actual nature.

Human Design is a Science of Differentiation

The most powerful aspect of Human Design is in  experimenting it, and seeing the results in your own life.

Ra Uru Hu used to say: “Don’t listen to me. Find out for yourself.”

It is when you put Human Design to use in your own life that you begin to see the power hidden in this system that was born in 1987.